Showing posts from April, 2019
Show all

Updates, Patreon, New Box Set and I am doing all the things! lol 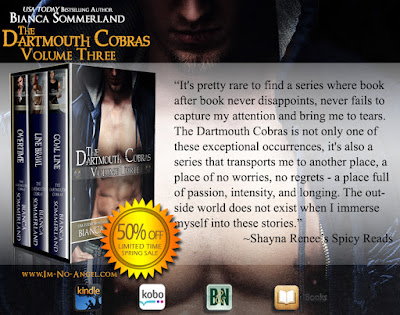 Hope you all are having an AMAZING week! Can you believe we're finally getting ENDGAME? EEP! I'm not ready! Are you going to theaters to see it? I'm bringing the littles and we're all crazy excited and scared! As for the updates, I can't share all of them, but some of you may recall I had some plans for my career that life forced me to put on hold. Let's just say I've set the ball rolling again and wish me luck! Next up, The Dartmouth Cobras Volume Three is now available!  Amazon: https://amzn.to/2L6yKAy B&N: https://tinyurl.com/yy59745z Kobo: https://tinyurl.com/y3f63tcd I'm also making a few other changes to the way I publish books. Both Amazon and now B&N are leaning more and more towards using ads, rather than let readers find books organically through also-boughts and recommendations. Amazon also gives preference for books that are exclusively with them. I've never been a fan of that model, but obv
Post a Comment
Read more 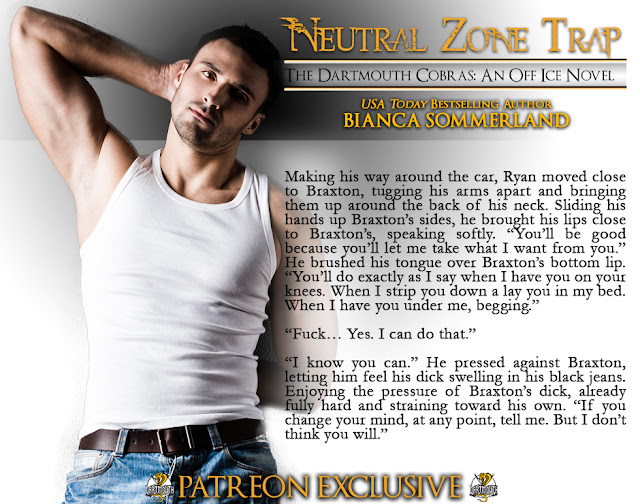 Head to my patreon now for the next chapter of Neutral Zone Trap! If you're not already a patron, you can become one here: https://www.patreon.com/BiancaSommerland  Here's a little teaser. Happy Reading!
Post a Comment
Read more 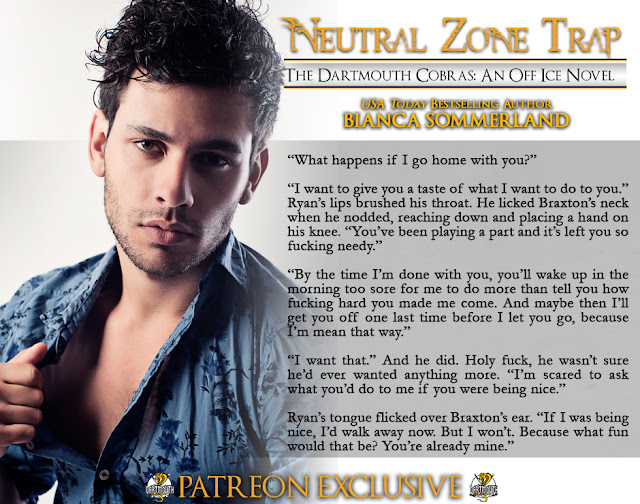 For those already following me on Patreon, or those just tunning in now, make sure to stop in and read the first chapter of Neutral Zone Trap! Check it out here: https://www.patreon.com/BiancaSommerland Here's a little teaser, because I'm evil! <g> Happy reading!
Post a Comment
Read more 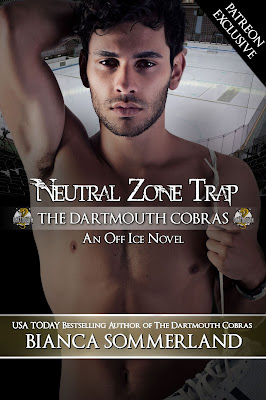 All right, so here's the deal. The next Cobra book wasn't planned for awhile, but A LOT of people wanted more Cobras. Balancing getting the books out in my other series, and life throwing endless kitchen sinks at me, made it hard to figure out how to do that. But then I heard a lot of readers and authors talking about Patreon. Not that I've never heard of it before, but there were changes being made and NOW was the time to join. I always worried about doing something in a program like that and having some people feeling left out. But since I could set the price, I decided two things. One: I'd keep the price as low as possible so it would be affordable. Two: I'd do whatever I could to make it worth the price. That said, starting this week, there will be weekly installments of the long awaited Neutral Zone Trap. This is Braxton Richard's and Detective Ryan Hamilton's story. Doesn't Braxton look hot on the cover? <g>  The lowest tier I
2 comments
Read more
More posts