Showing posts from June, 2012
Show all

By Bianca Sommerland - June 08, 2012
Yesterday I posted about books coming out within the next few months. Today I'm going to answer a question that's been coming at me a lot lately.  When is the next Deadly Captive book coming out?  Some may recall that I was hoping to get it out some time this summer, but those plans have changed. Why, well, because the Deadly Captive books take completely changing my mindset from the way I write my other books. I have to push myself in a whole new direction and basically convince myself that things that are painful and repulsive to some is erotic and fascinating. Why? Because I couldn't write that way convincingly if I didn't believe it. For those that have read Collateral Damage, you know there's a needle play scene. That was particularly difficult to write, and still might not seem pleasurable to some, but to others it has exactly the impact I worked so hard to get across. It is a sensual scene that connects the characters in a way nothing else they'd do
4 comments
Read more 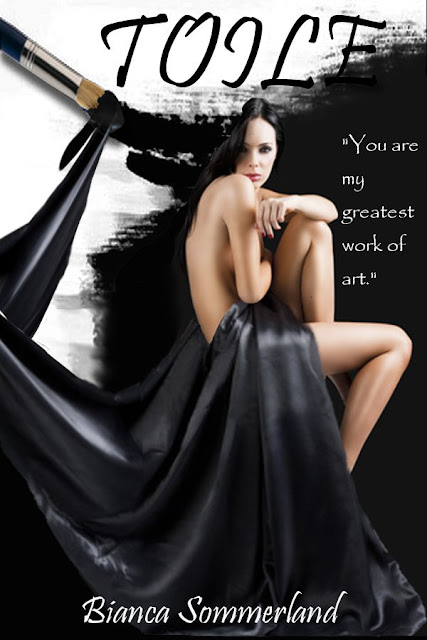 This is VERY late, but I've finally gotten to put all the entries together and pick out the winner, who is . . . . Joanne B! You will be contacted for your details shortly. In other news, as those who follow me on facebook know, I have been working on the 3rd Dartmouth Cobras book, BREAKAWAY, which I hope to release near the end of the summer. I have also been working on another book which will likely appeal to the fans of DEADLY CAPTIVE, but it will not be Urban Fantasy. It will be dark and it will push your limits in new ways. I can't wait to share it with you! For now, for those who haven't seen it, I will share the cover:   To give you an idea of what you're in for, here's a snippet from TOILE: Copyright Bianca Sommerland 2012 Goosebumps covered my naked body as Solvent circled me, slowly, measured steps almost soundless. Despite the brisk temperature outside, he had his air conditioner on full, stirring the air with a winter col
3 comments
Read more
More posts